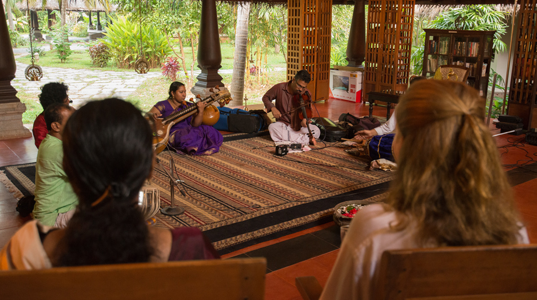 ‘Digital de-tox’ is a phrase everyone is familiar with these days (down here at Neeleshwar we were among the first to use it, of course) but the scientific evidence continues to pile up that telephonic time off is well and truly a need de nos jours. Two popular summaries of the current state of toxicity can be seen in the 2020 Netflix documentary The Social Dilemma that discusses the addictive effects of social media and the 2021 book, Dopamine Nation, which has the stark message that we are now all addicts to a degree. Both feature Dr. Anna Lembke, a psychiatrist who is a world-leading expert on addiction and the chief of Stanford University’s DDAC, which stands for Dual Diagnosis Addiction Clinic – which is an establishment that caters to people with more than one disorder. Dr. Lembke has spent more than a quarter of a century treating patients whose addictions cover an impressively wide range: heroin, gambling, and sex, as well as video games and botox or silicone treatments. The latest in the list is your phone. Yes, yours.

Lembke doesn’t mince her words, calling the smartphone the ‘modern-day hypodermic needle’. We turn to it for quick hits, seeking attention, looking for validation or distraction with each swipe, like, and tweet. In TS Eliot’s extraordinarily, if gloomily, prescient words we are:

‘Distracted from distraction by distraction, filled with fancies and empty of meaning, tumid apathy with no concentration …in this twittering world.’

This is from Burnt Norton, published in 1936. Back then, if you were out and about and felt the need to communicate, there was only the red public telephone box. Those being more patient days, you often had to queue to get in before scrabbling with the right coins and pressing button A. Thirty years after Eliot the American novelist and critic Norman Mailer, bemoaned what he called ‘The Age of Interruption’ and the demands on our attention have been increasing exponentially since then.

Since the turn of the millennium, behavioural (as opposed to substance) addictions have soared. For many people, every spare second is an opportunity to be stimulated, whether by entering the TikTok vortex, scrolling Instagram, swiping through Tinder, or getting down to your preferred onscreen pastime, be it watching porn, gambling or e-shopping. All this has consequences. Although we have endless founts of fun at our fingertips, the data shows we’re less and less happy. Global depression rates have been climbing significantly in the past 30 years and, according to a World Happiness Report, people in high-income countries have become steadily more unhappy over the past decade or so.

Now, there may be many reasons for this decline of course, but one is surely our inability to be alone with our thoughts, devoid of external stimulation. We seek a quick digital hit to fill the gap, with the knock-on effect that attention span has decreased markedly over the past twenty years, and we rarely concentrate on taxing tasks for long or allow ourselves the time to get into a creative flow. For many, this nerviness has been exacerbated by enforced isolation during the pandemic and the resulting increase in online habits.

To understand all this, welcome to dopamine, dubbed ‘the Kim Kardashian of molecules due to its mainstream prominence. As the brain’s major reward and pleasure neurotransmitter, this feelgood chemical was only discovered in 1957, but today it is well and truly a part of modern life, hymned in countless song lyrics and with a molecular structure – resembling an insect with antennae and a long tail – that has become a popular tattoo. But rather than giving us pleasure itself, dopamine works by motivating us to do things we think will bring pleasure. We experience a hike in dopamine in anticipation of doing something as well as when we do the thing itself, which makes us doubly keen to continue. It is dopamine that drives us to seek pizza when we’re hungry or to reach for the phone when we suffer an attack of FOMO (fear of missing out). As a result, scientists use dopamine to measure the addictive potential of any experience; the higher the dopamine release, the more addictive the stimulus.

Once the experience is over, we experience the comedown of a dopamine dip. That’s because the brain, in common with all bodily systems, operates via a self-regulating process called homeostasis, which is always seeking to restore its default setting of balance when temporarily out of it. In this comedown state, we really want another hit, that second piece of chocolate, or extra episode, or follow-up click. But when we binge on pleasurable things, homeostasis means our brain compensates by bringing us lower and lower each time. In this way, the cycle becomes physiologically established. Digital distraction can be a means of avoidance or denial, and the need for instant gratification means we’re spending too much time in our limbic brain, which processes emotions and reactivity, rather than in our pre-frontal cortex, which deals with future planning and problem-solving and is important for personality development and a balanced life.

Conversely, scientific studies have observed the importance of “resting mental networks” meaning that, in between activities, people demonstrate synchronicity between different parts of the brain that has its own rhythm and breathing. It’s likely that this state contributes to the ability to generate original ideas and enjoying a general sense of wellness. Those phlegmatic Dutch have a word for it - niksen - which involves setting aside time each day to do nothing. Simply put, it’s about being still with your thoughts, which is quite a relief, as those who practice meditation will happily attest.

There’s no need to go all luddite over this. After all, seeking pleasure is an evolutionary driver, hardwired into our brains. While they haven’t changed much over the centuries, access to addictive things certainly has. Our remote ancestors were driven to put all their time and efforts into seeking a mate and tasty food, modern life grants us much more time to search for other means of pleasure. The digital world enables bingeing on a previously unseen scale because there are no practical limitations forcing us to pause. With substances, you eventually run out of money or availability, but Netflix shows or TikTok feeds are indefatigable. Often you needn’t even do anything: the next hit automatically loads on your screen. But we should bear in mind that, as the recent Facebook investigation has revealed, moguls such as Mark Zuckerberg and Sheryll Sandberg are generally more concerned with their profit than our welfare.

So, what to do about all this? Therapists such as Lembke have recommended a rigorous de-tox to reset our brain’s pathways and gain perspective on how our dependency affects us. She recommends abstaining from using that phone for at least 24 hours by locking it in a drawer and going out. You should start with a period of ‘fasting’ - from a day up to one month - the longer, the better. Make sure you can’t access the thing during the first 12 hours, when cravings are most acute. You might try putting barriers between you and the vice, like removing all screens from your bedroom, putting your phone on airplane mode or committing to only using the thing at certain times, such as weekends. All this will be more manageable after your initial fast, she promises, because ‘It’s easier to go from abstinence to moderation, than from excessive consumption to moderation’.

Here at The Hermitage, we have long advocated a milder de-tox method, less ‘cold turkey’ more ‘warm tropics’. This entails submerging yourself in the idyllic surroundings of unvisited Malabar and enjoying the bounties of nature, swimming in the Arabian sea or an infinity pool, eating good organic food freshly prepared, enjoying personalised Ayurvedic treatments and yoga sessions, walking along miles of unspoilt beach, gently lounging in a hammock after selecting a mutely attentive companion from our excellent library. And of course, there is the human element: rediscovering the lost art of conversation and just being in the here and now with your loved ones, all strictly off-screen. Unsure of your willpower? Just lodge that phone with our understanding front desk staff.

Now, what is the betting that as soon as you finish reading this you’ll immediately check your phone or go elsewhere online? The odds are pretty high. So why not divert that questing urge onto the Neeleshwar website and set about planning a visit? Clearly, that would be a wholly unimpeachable use of modern technology…