Will it be Brexit or a ‘Modified’ EU? 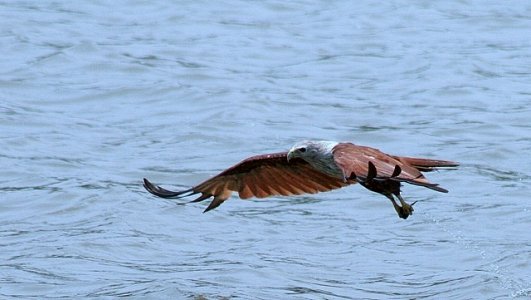 In the past, Indian leaders must sometimes have felt a little overwhelmed when they arrived in Brussels. India has always been the poor relation in economic terms and more often than not the question has been how Europe - that great union of some of the richest and most powerful countries in the modern world - can help India. This time is very different. Narendra Modi, the Indian PM, arrives in Brussels at a time when the power and influence of the nation he leads could not be more evident. India is the fastest growing large economy in the world, and an increasingly important driver of the world market.

Discussions in Mumbai to determine the fate of a key European industry have concluded before his plane touches down. The board of the vast Indian multinational, the Tata Group, decided to sell its loss-making UK business, putting the jobs of thousands of workers, including those at the sprawling Port Talbot steelworks - one of the last great bastions of the steel industry in Wales - at risk. Tata Steel operates in 26 countries and employs 80, 000 workers, but India's muscle in Europe extends well beyond steel. Tata is now the biggest industrial employer in Britain as well as the country's largest manufacturer. In addition to its steel holdings, it also owns other iconic British businesses including Jaguar Land Rover and Tetley Tea. Overall, Tata, founded in 1868, has an annual turnover of £77 bn, more than 100 companies and 600,000 workers in 150 countries worldwide. According to some estimates, as much as 60% of Tata Group revenues now come from the UK.

And that is just the beginning. Hundreds of other Indian businesses operate in the European Union, but the historic ties between Britain and India mean that Britain has overwhelmingly been the focus of Indian trade and investment. There are reckoned to be some 800 Indian businesses with significant investment or trading relationships with Britain. And of course, these businesses have a powerful vested interest in the key European question: the future of the European Union itself. They will be watching the outcome of the UK referendum on EU membership very closely indeed. The possibility of Brexit will undoubtedly be near the top of the agenda during Mr Modi's visit to Brussels.

But, as so often in this disputatious nation, there is no single view on the benefits or otherwise of Britain's place in Europe. The founder and managing director of one of the huge Indian garment companies that supply some of the biggest brands in the world, describes Brexit as ‘suicidal’ for the UK. Subir Dhingra's outfit Orient Craft produces half a billion pounds worth of products a year for top UK retailers like M&S, Next and Monsoon - a third of his total sales. He believes leaving Europe would shrink the UK economy, and with it his profits.

But other Indians see Brexit creating new opportunities. They believe it could lead to a renegotiation of the terms of trade between the UK and India, perhaps even a free trade agreement. With 54 shops in 24 Indian cities, India is one of Marks and Spencer's top five markets, according to Venu Nair, the managing director of the joint venture that runs the M&S India operation. Like most Indian business people, he is officially ‘agnostic’ on Brexit, but, speaking in a personal capacity, he believes "any trade agreement that leads to lower duties would definitely help our sourcing from the UK and would enable us to be much more competitive here."

Another theme for those Indians favouring Leave over Remain is the difficulty of doing business in Europe. Get a group of Indian business people together in a bar and they will tell stories about the perils of getting ensnared in European red tape, just as foreign business people have long had their own legends about India's notoriously elephantine bureaucracy. But for most Indian businesses that, like Tata, have significant investments in Europe, the overwhelming issue is the ability to access the European market. Most will have invested in Britain as a business-friendly bridgehead into Europe, says Gurcharan Das, author and former managing director of strategy for the vast multinational consumer goods company Procter and Gamble.

Mr Das believes India's history offers important lessons for the UK and Europe. He believes the federal union that drew together the 500 different states that existed at independence in 1947 is the key to India's current economic success. India would not be growing as fast as it is now, Mr Das believes, without the single market that union created. He acknowledges there are flaws, notably the lack of unified goods and services tax but says the economic momentum this huge market creates is indisputable. "The global economy is in so much trouble," he says, "but the Indian economy is still chugging along very nicely and that's because of the strength and sheer scale of the domestic market." Similarly, he believes Europe is attractive to Indian - and other - investors because it is such a large market.

The danger for Britain, Mr Das believes, is that businesses like Tata might decide to reconsider their UK investments if access to the wider European market became more difficult. His advice to Mr Modi is to offer European leaders the example of the kind of concessions India's federal government has made to the states over the years. Post-independence India was a highly centralised nation, but there has been a steady process of devolution. India's states now spend considerably more - 1.7 times as much - as the national government. Mr Das believes Britain should stay within Europe, but that Europe should consider repatriating some powers to nation states. Mr Modi himself has always been careful to avoid taking a clear stand on the UK referendum, although he has said that he sees Britain as India's "entry point to the EU". A hint, perhaps that the Indian PM, a Modifier, agrees with Mr Das?

“A perfect distillation of what so many Westerners from E. M. Forster and Allen Ginsberg to the Beatels, have come to India in an attempt to find: an escape from the pressures and frenzied pace of life"