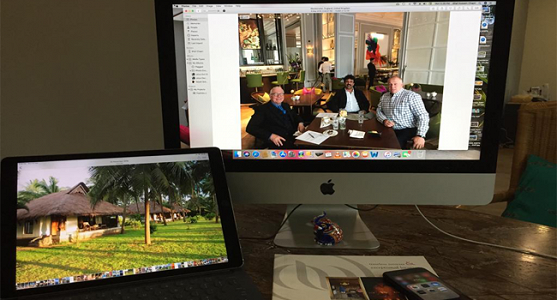 In January 9th 2007, Steve Jobs announced the launch of a revolutionary product, the iPhone. By November 2018, when Apple announced it would no longer bother publishing sales of the device, a staggering 2.2 bn had been sold worldwide. One of the most transformative, and disruptive, technological innovation in history was long since invincibly established, fundamentally changing humanity’s social behaviour, rewriting its business models and spawning anxiety, distraction, and angst amongst its global members. But to understand the real impact of the little device we need to look beyond the materially developed West and study its effects in the world’s emerging economies, such as India. By disrupting centuries of tradition linked to social systems such as caste, gender and fixed ways of doing things, the iPhone will have a disproportionate influence on a huge mass of people in the planet’s third most populous country.

The numbers are mind-boggling. In 2010 some 100 million Indians had access to the internet, by 2017 it had risen to 460 million and by 2020 more than 700 million are predicted to be online, i.e. more than twice the entire population of the US. So, this is not gradual evolution, but a sudden revolution – especially for the poor. For most Indians, a telephone landline or personal computer is still unaffordable but they have been enabled to leapfrog into the wireless internet world by cheap homemade and Chinese phones. Apple is a minnow in the subcontinental ocean, with only 3% of the burgeoning market.

So how will the phone transform this cultural leviathan, with her ancient traditions, huge variety, and many languages? What will these rapid tech changes do to education, jobs, business, dating, and marriage in the venerable birthplace of yoga and four major world religions? For many, the little hand-held cornucopia will be their first computer, TV, music player, camera all rolled into one, plus all the resulting, and destabilising, freedoms. Before the phone, many had to travel for hours just to pay an electricity bill. Government services can now be accessed at a push of a button by those who previously didn’t even know they existed. In a culture where arranged marriage is still the norm, dating sites are a revelation. Perhaps most importantly, the days of the ubiquitous ‘middleman’ fixer, a job that employed millions but opened the door wide to corruption, are numbered.

For a billion Indian who don’t read English, these changes hinge on the development of software in regional languages, such as Hindi, Tamil, and Bengali. The development of search engines that can translate English into local tongues has also accelerated the process, while voice recognition technology provide internet access to those who can’t read or write in any language – a veritable miracle for the 273 million classed as illiterate in the 2011 census.

As a result of all this, there is a corporate gold rush underway in the subcontinent. Both Apple and Amazon have invested heavily in a scramble to capture an e-commerce market reckoned to worth $420 billion by 2025. Facebook and WhatsApp both have more users in the subcontinent than in any other country. Today, there are some 300 million Indians who will come of age in an era where smartphones and the internet are a ubiquitous part of life, as natural as any other amenity. In fact, more natural, as many will have a phone before they have a toilet. For them, an unconnected India will be as much history as Akbar the Great is now. At that launch in San Francisco a mere twelve years ago, Jobs commented ‘Every once in a while, a revolutionary product comes along that changes everything’. 1.4 billion Indians would agree.