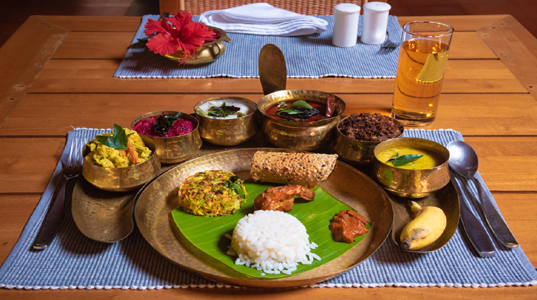 Onam is the most important festival of Kerala. This is essentially an annual harvest festival which is celebrated with joy and enthusiasm all over the state by the people of all communities, and is a shining example of how ancient traditions continue into the modern day to provide people with a sense of historical continuity, communal cohesion and cultural integrity.

The festivities begin with Atham the day when the women of the household start decorating their front yards with colourful floral decorations. This living folk art, passed down from mother to daughter, produces colourful and sometimes complex mandalas that are symbols of wholeness, which serve to connect the members of the community with each other. They also have a wider religious meaning, and serve as symbolic links to the greater cosmic order of which we humans are a part. The festivities continue for ten days, with the climax coming on Thiruvonam day when the celebration is at its peak.

As with all Indian festivals, there is an ancient legend behind Onam. It goes back to the time of the Vedas and tells the story of the battle between good and evil in many different forms. In Kerala, it concerns the celebrated King Mahabali who in times gone by ruled the land with such panache and success that the gods grew jealous. Fearing that Mahabali’s subjects were so enamoured of their earthly ruler that they would no longer bother paying the attention to them and stray from the path of righteousness, the gods sought in vain for a way to bring him down.

Unable to resolve the problem themselves, they sought the help of Mahavishnu. the lord of cosmic preservation. Reflecting on the matter, Vishnu remembered that Mahabali was famed for his generosity and charitable nature, and that he was known for keeping his word at any cost. And so Vishnu hatched a cunning plan.

He descended to earth in his fifth incarnation disguised as a pious brahmin boy called Vamana. He then approached the King and pleaded with him for three paces of land as a reward for his long penances. The compassionate King granted the boy’s request, and immediately he did so, Vishnu-Vamana stretched out his form and grew to an unbelievable height. Then he began to measure out his three allotted paces. One pace stretched over the whole earth, the second the whole sky. With these two covered, where could the third pace go – there was no room left! Seeing this miracle unfolding in front of his eyes, Mahabali realised the divine nature of the young boy, and bowed down before him. Touched by such humility, Vishnu-Vamana blessed the monarch and placing his foot on his head, dispatched him down to the nether world. Confined there, he could no longer pose a threat to the gods’ popularity, but as a boon, he would be allowed to return and visit his people once a year. And so, Kerala welcomes him back at the annual festival of Onam, which is a good restorative tonic for a people who have always been fiercely independent and keen to assert their own identity.

Today the Onam festival is very much a time for family and friends to join together and have fun. New clothes and delicious home cooked feasts figure prominently, as does the exchange of presents. Some cultural events have also become staple attractions, such as painting oneself as tiger (pulikali), longboat races (vallam kali) and decorative folk dances performed by women, (thiruvathirakkali).