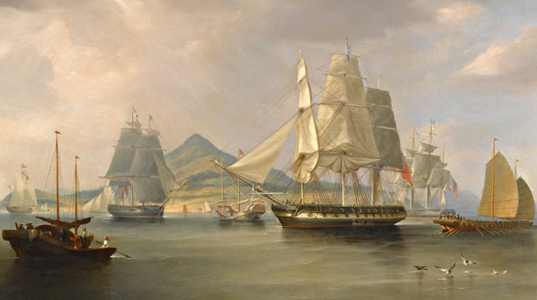 The phenomenon of Chindia – the two great Asian civilisations that will shape the 21st century - has gripped analysts and onlookers alike for the last few years. Slowdown in Asian growth rates, coupled with worldwide financial instability and of course Covid woes, has taken the sheen off Chindia somewhat and we shall have to see whether basic post-pandemic infrastructure recovery in those two countries justifies all the optimistic hooplah of a few years ago. However, comparing the two giants still provides interest. India has the English language on her side plus her renowned facility for mathematics and IT and a congenitally anarchic spirit that fosters entrepreneurship. China lacks the international tongue but has the weight of a centralised and authoritarian state behind her business outreach, coupled with an obdurate indifference to global opinion. Already there are many unlikely business co-operations between the two giants, such as the Chinese penetration of the Indian ‘god-market’. Between 30 and 40 small companies in China make a good living (some over $2 million a year) manufacturing highly-coloured images of Hindu gods and goddesses to export to her devout neighbour, as well as deity posters and religious festival calendars.

Another unknown connection was highlighted recently when two Chinese academics arrived in Kerala with the aim of finding more information about one Zheng He. Western historians seem largely to have overlooked this enterprising eunuch who rose to be the most renowned fleet admiral of China’s early Ming dynasty and one of the world’s great unsung navigators. According to historical accounts, Zheng led seven naval expeditions in the Indian Ocean and was buried at sea off the Kerala coast at Calicut after he died of illness in the course of a voyage. And huge these expeditions were. Zheng’s fleet was some ten times bigger than others of the time, comprising over sixty ‘treasure ships.’ Contemporary records describe it moored off the coast of Sri Lanka as a ‘massive shadow on the horizon’, that moved like a ‘floating city’.

Zheng is venerated almost like a Hindu god himself in several parts of China, with temples dedicated to him in Malaysia and Indonesia. Born in Yunnan province in 1371 into a Muslim family, and his father and grandfather both carried the title of hajji which suggests that they had made the pilgrimage to Mecca. His original name Ma He name is a Chinese version of Muhammed, but this did not protect him from suffering the unkindest cut at the age of ten, at the hands of an invading Ming army. His life as a eunuch turned out for the better after he was sent to serve in the household of Zhu Di, who would later go on to become the famed Yongle Emperor, the third supremo of the glorious Ming dynasty. Despite his early loss, young Zheng evidently had considerable cojones as he was able to gain the trust of the quixotic autocrat and convinced him to finance sea trips to extend China’s trade in Southeast Asia, the Indian sub-continent and distant Middle East.

Zheng’s first voyage began in 1405, almost a century before Columbus left Genoa for Japan and Vasco da Gama set sail for India. Zheng reached Calicut - via Indonesia and Malaysia – then a flourishing spice port under the rule of the local Zamorin and an ideal base for further trade expeditions. His subsequent trips took him as far as east Africa and Persia.  At his height, Zheng was the admiral of a giant fleet of over 27,000 men. Between 1405 and 1433 his seven epic voyages to the Indian Ocean established Chinese authority throughout the region. His fleet contained sixty-three ships, the largest ships of which were several times larger than any wooden ship ever created in history, sufficient to contain all the ships of Columbus and da Gama combined.

One of the visiting academics was Prof. Shaojin Chai, a senior research fellow at the Ministry of Culture in UAE.  “We came to Kerala to find information about relics and stories of Zheng He and his crew in Calicut. It was an official trip of Zhenghe International Peace Foundation. Zheng described Calicut as a very friendly, harmonious and a dynamic place where trading was fair and the Hindu king consulted with Muslim ministers to conduct state affairs’ says Prof. Chai, who was accompanied to Kerala by Prof Haiyun Ma from Frostburg University in Maryland. During their short visit, both these Chinese checkers visited a few Keralan mosques which had Chinese connections and they inspected local tombstones but could not unearth any reliable clues about the admirable admiral. “Hardly surprising” opined CK Ramachandran, convenor of the Calicut Heritage Forum and expert collator of several accounts of the Chinese in Kerala. “The commander could not have been buried on land because according to Chinese traditions, a eunuch cannot go to heaven because he has a deformed body. That’s why he was ceremonially buried at sea’.

That sounds a plausible theory, but wherever and however he finally ended up, the story of Zheng He may shed a little more light on the historical antecedents of China’s current maritime policy and also that curious and unpredictable modern phenomenon known as Chindia.